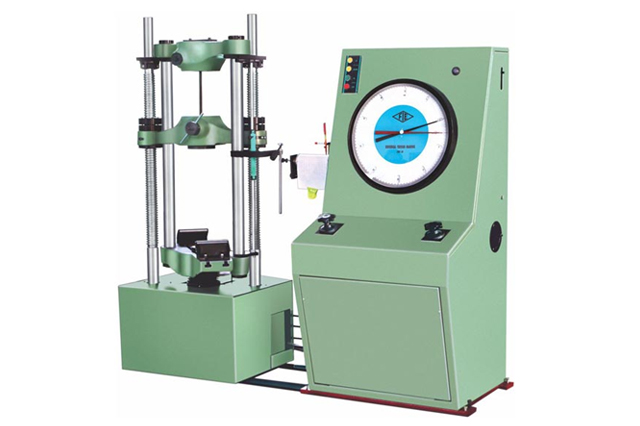 Principal of Operation :
Operation of the machine is by hydraulic transmission of load from the test specimen through pressure transducer to a separately house load indicator. The system is ideal since it replaces transmission of load through levers and knife edges, which are prone to wear and damage due to shock on rupture of test pieces.
Load is applied by a hydrostatically lubricated ram. Main cylinder pressure is transmitted to the cylinder pressure is transmitted to the cylinder of the pendulum dynamometer system housed in the control panel. The cylinder of the dynamometer is also of self-lubricating design. The load transmitted to the cylinder of the dynamometer is transferred through a lever system to a pendulum Displacement of the pendulum actuates the rack and pinion mechanism which operates the load indicator pointer and the autograpic recorder. the deflection of the pendulum represents the absolute load applied on the test specimen

Machine consists of Straining Unit :
This consists of a hydraulic cylinder motor with chain and sprocket drive and a table coupled with the ram of the hydraulic cylinder, mounted on to a robust base. The cylinder and the ram are individually lapped to eliminate friction. The upper crosshead is rigidly fixed to the table by two straight columns.

The lower cross head is connected to two screwed columns which are driven by a motor. Axial loading of the ram is ensured by relieving the cylinder and ram of any possible side loading by the provision of ball seating.

An enlogation scale with a minimum graduation of 1mm, is provided to measure the deformation of the specimen.

Control Panel :
The control Panel consists of a power pack complete with drive motor and an oil tank, control valves a pendulum dynamometer, a load indicator system and an autographic recorder

Hydraulic Controls :
Hand operated wheels are used to control the flow to and from the hydraulic cylinder. The regulation of oil flow is infinitely variable. Incorporated in the hydraulic system is a regulating valve, which maintains a practically constant rate of piston movement. Control by this valve allows extensometer readings to be taken.

Load indicator System :
This system consists of a large dial and a pointer. A dummy pointer is provided to register the maximum load reached during the test. Different measuring ranges can be selected by operating the rangee selection knob. An overload trip switch is incorporated which, automatically cuts out the pump motor when the load range in use is exceeded.
Pendulum Dynamometer :
This unit permits selection of favourable hydraulic ratios producing relatively small frictional forces. Pressurised oil in the loading cylinder pushes up the measuring piston proportionately and actuates the special dynamometer system. The Piston is constantly rotated to eliminate friction. The dynamometer system is also provided with an integral damper and ensures high reliabilty of operation. The load transmitted to the dynamometer is transferred through a pendulum to the load indicator

Accuracy and Calibration :
All Electronic Universal Testing Machines are closely controlled for sensitivity, accuracy and calibartion during every stage of manufacture. Every machine is then calibrated over each of its measuring ranges in accordance with the procedure laid down in British standards. 1610 : Part1 : 1992 and IS : 1828 : Part1 : 1991.

Autographic Continuous Roll Load-Elongation Recorder:
This unit is of the pen and drum type and is supplied as standard. The horizontal motion of the pen products the ordinate of the diagram and the drum rotation products the extension ordinates, in the ratio of either 1:5 or 1:10 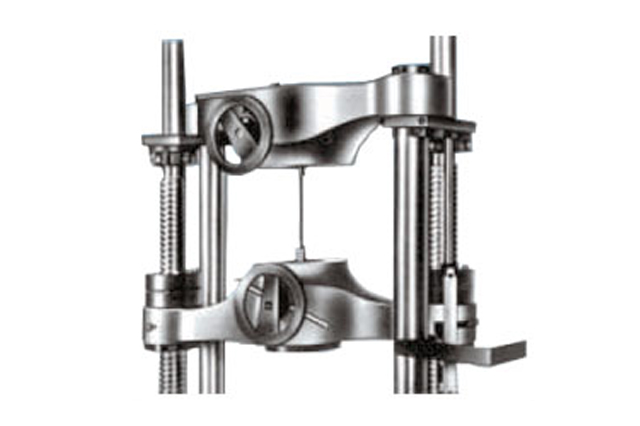 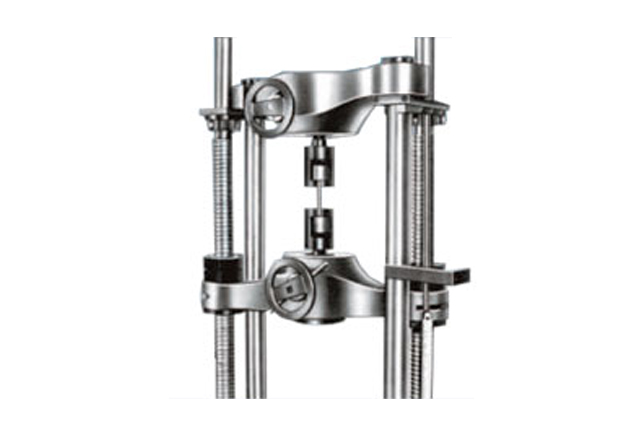 Attachment for Tension Test for shouldered and threaded specimens 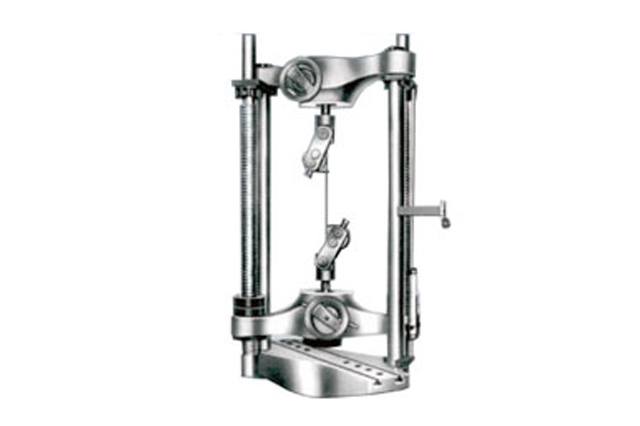 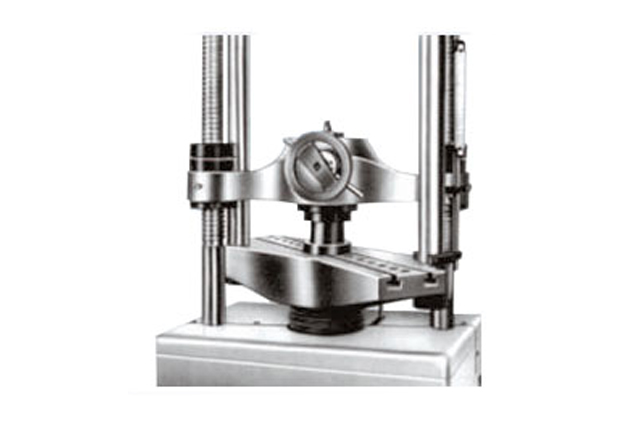 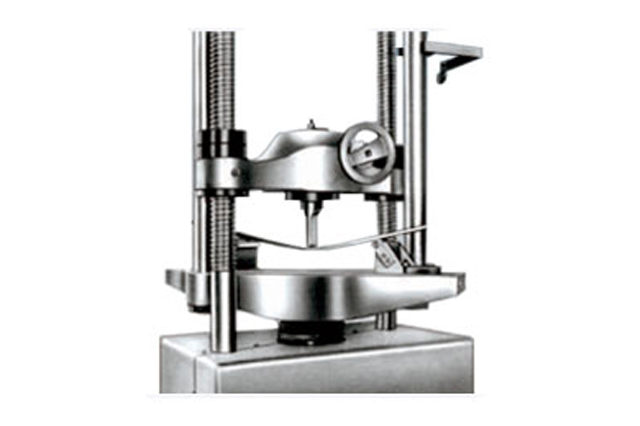 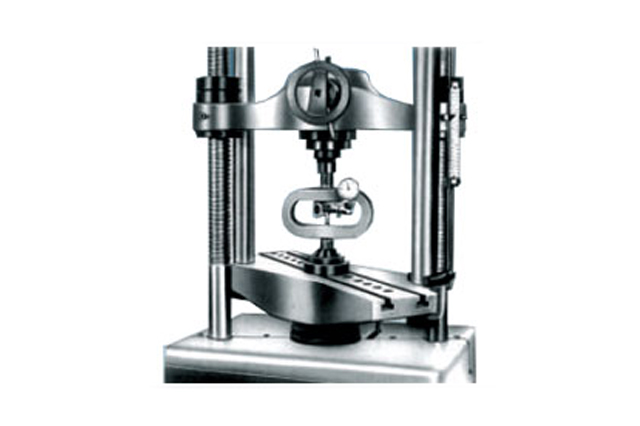 Calibration of Machine with providing Ring 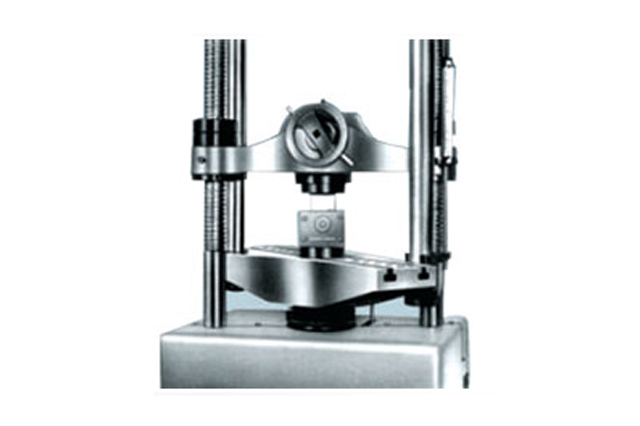